Striped bass is a native species to the Miramichi River system. As a result of effective management and fisheries closures, its population has recovered significantly from critically low levels of the late 1990s and early 2000s. The recovery of striped bass in the southern Gulf of St. Lawrence is a great success, which led to the reopening of Indigenous and recreational fisheries, bringing economic benefits to the region.

Where is it allowed to fish for striped bass in the southern Gulf of St. Lawrence ?

Striped bass may be fished in the inland and tidal waters of the provinces of New Brunswick (NB), Nova Scotia (NS) and Prince Edward Island (PEI) in the southern Gulf of St. Lawrence. 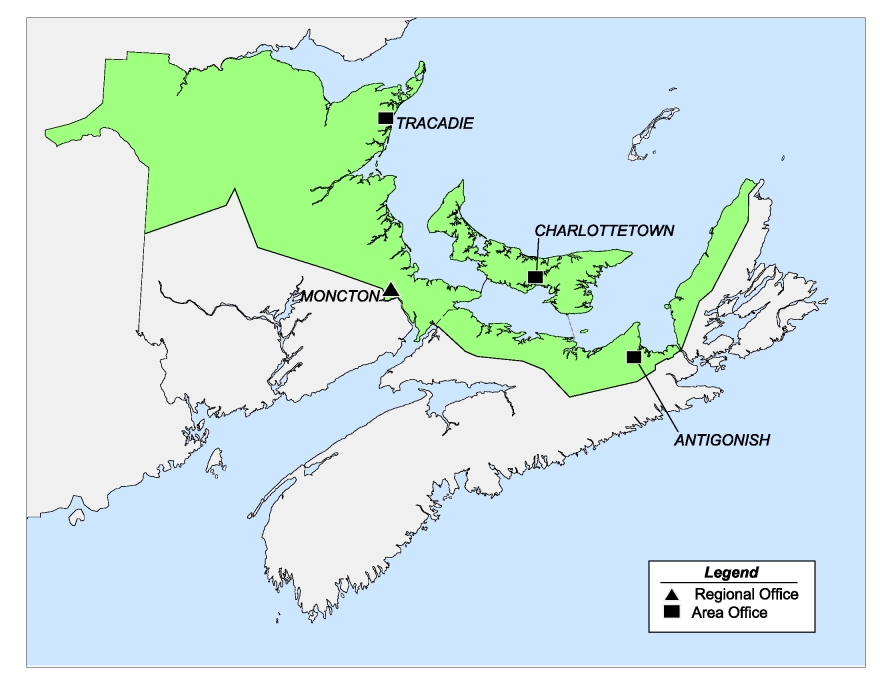 Do I need an angling license to fish striped bass?

To fish striped bass in tidal waters, you do not need a license. However, to fish in inland waters, you will need an angling license issued by the province you will be fishing in. Please call or visit the provincial natural resource department for more information on angling licenses. This information can also be found in the angling book of each respective province.

When can I fish for striped bass?

The season varies depending on whether you are fishing in inland waters or tidal waters. Here are the dates for the 2022 season:

Is there a closed period during the fishing season?

Yes, fishing for striped bass is permitted only during the period beginning two hours before sunrise and ending two hours after sunset.

What is the daily bag and possession limit?

For the 2022 recreational fishing season, recreational anglers may retain a maximum of three (3) legally sized striped bass (total length of 50 to 65 cm) per day and it will be prohibited to have more than three (3) striped bass in your possession any time from April 15 to October 31, 2022.

Why is the catch size 50 to 65 centimetres during the retention fishery?

Can I fish with natural bait?

Yes, but there are some restrictions on this fishing method. It is mandatory to use barbless hooks when natural bait or lures are used to catch striped bass in tidal waters. This measure reduces the risk of injury to released fish. However, it is recommended to use barbless non-offset circle hooks.

What does striped bass eat?

Striped bass feed opportunistically on a wide variety of plankton, insects, fish, and crustaceans. The size of the prey increases as striped bass grow, starting with zooplankton and larval fish, then progressing to small fish, shrimp and other crustaceans as the bass develop. Striped bass are generalist predators and will eat available prey in proportion to its availability in the environment.

Recent studies on the predator-prey interaction between native Striped bass and Atlantic salmon (smolts) in the Miramichi River have provided direct and indirect evidence that Striped bass consume variable numbers of emigrating salmon smolts annually. It is not clear whether this natural predator-prey dynamic is limiting the number of returning adult salmon to the Miramichi river as the survival of smolts in the ocean environment continues to be very low across the species range.

Is striped bass an invasive species to the Miramichi River and the southern Gulf of St. Lawrence?

No, striped bass are historically native to the Miramichi River and to the southern Gulf of St. Lawrence. The species has always spanned the Atlantic coast from the St. Lawrence River to Louisiana.

Some people think that the best way to help Atlantic salmon is to kill as many striped bass as possible. Can this help the recovery of salmon?

No. Recent studies on the predator-prey interaction between native striped bass and Atlantic salmon (smolts) in the Miramichi River do not provide enough evidence to predict that reducing the size of the striped bass population would lead to the recovery of salmon. While the survival of smolts in the ocean environment continues to be very low across the species range, an array of other factors than predation have been identified as potential and real threats to salmon across its range (e.g. climate change impacts on marine and freshwater temperature, primary productivity, habitat degradation, commercial harvesting by other nations of mixed stocks in the high seas, etc.). In addition, the striped bass fishery is regulated and limited for conservation purposes. It is otherwise illegal to kill or harm striped bass.

In general, returns of adult Atlantic salmon follow similar declining abundance patterns across the entire species’ range – a range in which striped bass are not present in the majority of salmon rivers. Given that numbers of salmon returning to their natal rivers follow the same declining patterns in presence or absence of striped bass reinforces that striped bass predation is not the determining factor in the abundance of adult Atlantic salmon returning to home water.

Is there only one spawning location in the southern Gulf of St. Lawrence?

Yes. While striped bass eggs and larvae have been observed in other places in the past, to this day, no study has been able to detect juvenile fish coming from rivers other than the Northwest Miramichi.  Therefore, even though striped bass can be seen at times in multiple estuaries of the southern Gulf of St. Lawrence, the Northwest Miramichi River is the only location with successful spawning on a regular basis in the southern Gulf. Conditions in the Miramichi estuary are favourable to larvae survival and for allowing complete metamorphosis to juvenile fish before the onset of winter.

Are Atlantic salmon and striped bass found in the same waters?

Atlantic salmon and striped bass have always coexisted in the same waters, but they tend to prefer different habitats and generally overlap only during limited time-periods (such as late May and early June when striped bass spawn at the head of tide and salmon smolts are migrating downstream to the ocean).

How is the striped bass fishery managed?

The Department has been using an adaptive management strategy; which means that when the stock was very low (3,000 to 5,000 fish), the Department scaled back on the fishing effort, but more recently, as it recovered, DFO gradually re-introduced the striped bass fishery. The goal of this adaptive management strategy is to maintain the population at levels that would not be considered at risk while providing for a sustainable fishery.

Who does the Department consult regarding the striped bass fishery?

The Department follows a rigorous decision-making process, which incorporates science advice and thorough consultations with recreational fishing groups in the southern Gulf of St. Lawrence, before establishing a fisheries management plan. The Department started using recreational advisory committees in 2012, to consult stakeholders (various groups that represent the anglers) and Indigenous organizations. These have been held throughout the Gulf Region in New Brunswick, Prince Edward Island, and Nova Scotia. These committees are open to the public, but only members from legally-formed organizations sit at the table.

What about consultations with the public?

Every year at the end of the fishing season, the Gulf Region carries out online recreational fisheries consultations for the general public on its website.

With bass numbers in the hundreds of thousands, why are there still measures in place to protect it?

In the 1990s, the abundant population of striped bass decreased to approximately 3,000 to 5,000 spawners. Consequently, the Committee on the Status of Endangered Wildlife in Canada (COSEWIC) initially assessed the southern Gulf of St. Lawrence (sGSL) population as threatened in 2004. In 2012, Fisheries and Oceans Canada (DFO) recommended not listing striped bass under the Species at Risk Act. Instead of recommending to list the species, the Department implemented additional management measures to achieve the long-term recovery of striped bass. Following recent population increases, COSEWIC reassessed the sGSL striped bass population to a lower risk category, called "special concern", in 2012. This new status was determined because the striped bass in the sGSL continues to depend on a single spawning location and is susceptible to high rates of fishing-related mortality. In order to avoid the relapse of the striped bass population to what it was in the 1990s, the Department implemented management measures to help with the long-term recovery of the species and enable the sustainability of the striped bass fishery.